There are two kinds of readers. Those who read the words and those who prefer white space and pictures. Some readers “read” by looking, not by reading.

The most important thing to know about lookers is that they are also your boss. Your colleagues. Your clients. If you want to know what they’re looking at, resist the urge to re-read every word of your final draft. Instead, try a 30-second squint.

The Squint: Take off your glasses, sit back from the page or screen, and let your eyes go a bit blurry. At this point you won’t be reading words. You will see greyish shapes. Some are dense; others are surrounded by white space.

A quick squint at your writing will help you notice what readers see at first glance. Long, dense paragraphs. Short, meaningless headings. Lists with too many bullets. Is that what you’re offering your readers? You can fix that problem with a few 30-second edits.

Writing for readers who look

In future posts I will suggest ways to write headings, use tables, and break up paragraphs. Today’s squint is for lists.

Lists for readers who look

Most writers use a template for documents they write more than twice. If you have ever used an old proposal as a model for drafting a new proposal, you have used a template. Here’s one of mine:

Does that list look wordy to you? First drafts are often wordier than they should be. I included three layers of information in one list: 1) what to call the item, 2) what it’s for and 3) standards to follow.

That’s the type of list we write when our brains are busy capturing everything we know about a topic. It’s the kind of list a good environmental scientist or a systems auditor creates when they’re in the field making detailed observations. But it’s not a good list for readers. And certainly not for readers who are skimming.

It’s a good first draft: 67 words about the key details for my template. Perhaps I could save time by publishing the list in this form. But if I’m  counting on readers to think about the details, I might have to give up one layer of information. Readers need a list that’s easier to skim.

That’s right: skim. The whole point of writing at work is to help readers skim the surface and still learn what they need to know.

This list is easier to read. It uses 29 words, more white space, and offers visual contrast between two types of information. Readers will move through this list more quickly. If I decide it’s important to include that third layer of detail, a table is a better option.

It’s possible to take this too far. Some writers like to use what I call a “table of contents” list. It’s identical to the headings that follow. I avoid them for shorter documents, relying on the subheadings themselves to guide readers. However, a ToC list can be useful at the start of a chapter or a long section in an even longer report:

There’s nothing wrong with lots of white space. Here, for example, it’s a clear signal that the list has only one simple layer of information. Readers and lookers alike can use the list to help them decide where to go next in the document.

Take a 5-second squint at your writing. Look for the one or two lists that turn into a grey blur. The grey flag signals that your list has too many words or too many items. Or both.

For example, try squinting at the first draft list I wrote earlier. Kind of grey, isn’t it?

Spend the next 20 seconds removing words and adding white space to your list. Aim for 6 items per list and no more than 40 words in total. Consider:

For example, an early draft of my list included tables as well as figures. My list was too long (7 items). To shorten the list, I thought about combining the two items as tables and figures. But these are two different things; they don’t serve the same purpose or have the same standards. To keep my list at the best length to illustrate my point, I decided to cut the figures bullet.

This 30-second squint is the first of three I’ll share on the Durksenary blog: 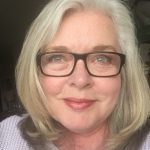 Brilliant and helpful insight. Thanks!

Yours is the first comment on my blog, James. When we set this up, I wasn’t sure if comments were necessary. But I’m having so much fun catching up on what I’ve been writing for the past few decades that I am hoping it will somehow turn into a conversation.

So, comments! Let me know if you have a dreadful list that needs some Rx. I’m thinking about lists a lot lately.

Reading this somehow reminded me of all the terrible resumes I’ve received when working in the management role. I’m 100% a looker reader, and I can’t tell you how many resumes don’t ever get a second look. So important! 🙌🏻

Eventually, even readers can learn to look. And lookers to read the words as well as look at the pictures. But it takes a few decades for some of us.